You are here:
Publishing Announcements 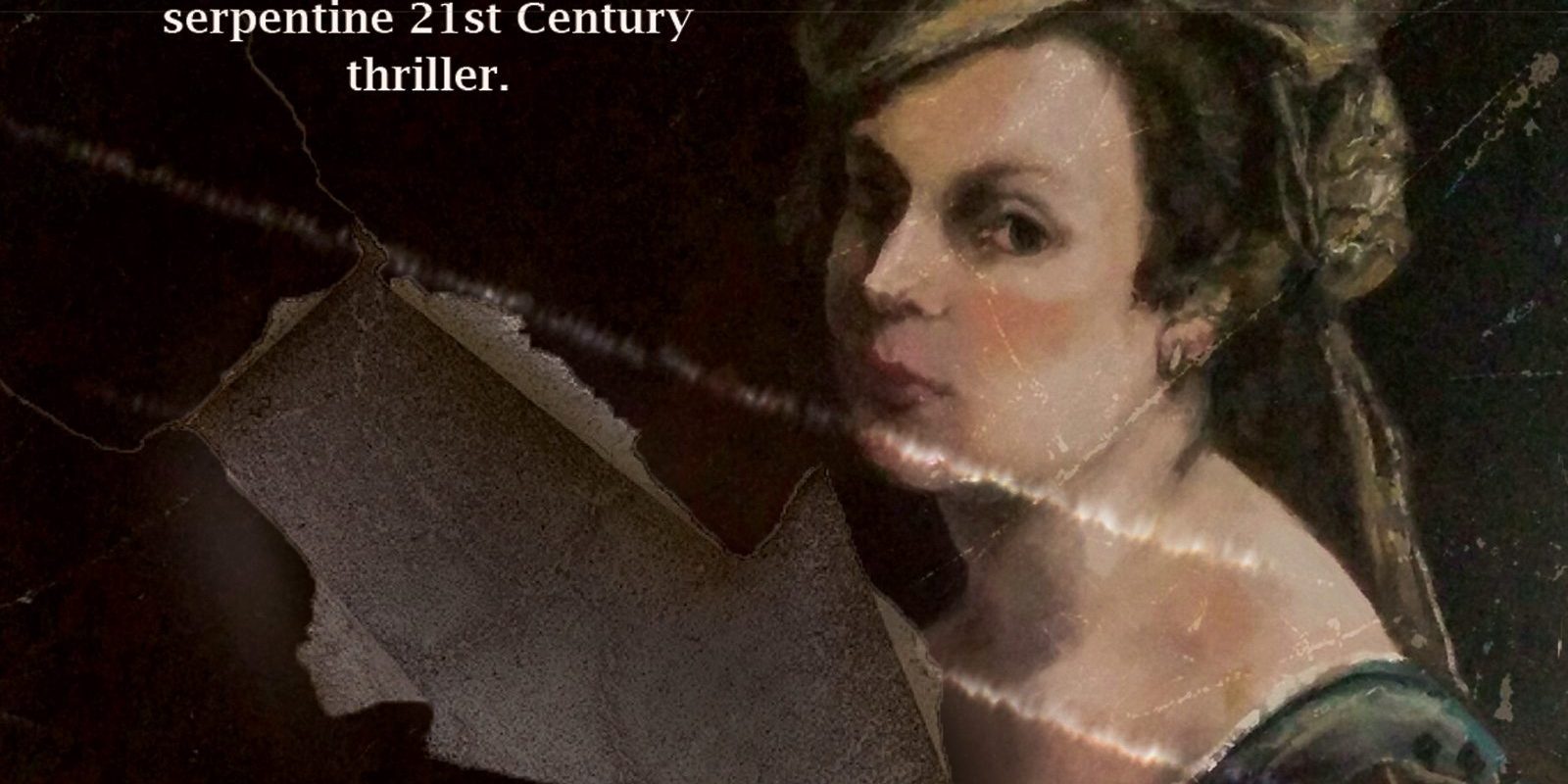 Alex Connor has had a prolific writing career. She is a bestselling author; her books are in print worldwide and have been translated into many languages.

In 2017 Alex Connor won The Rome Prize for THE ISLE OF THE DEAD (Il Dipinto Maledetto).  She is listed in Debrett’s Prominent People of Today and is a Fellow of the Royal Society of Arts.

The Daily Telegraph said of her: ‘Everyone should be forced to have a teaspoon of Alex Connor every day.’

And the Press Association commented: ‘Likely to do for art what David Attenborough did for animals.’

She has written and published many articles on her writing and her muses. Below is one about why she writes thrillers set in the art world.

Why write thrillers set in the art world?

My first reaction to that question – one that people ask me constantly – is why not? In the time-honoured tradition of writing about what you know, I know about art. And the art world. And art history. So when the opportunity came along for me to put together the loves of my life I grabbed it.

I honestly believe that art is like a bad cold. You just catch the bug. You don’t ask for it, order it online, or sit an examination for it. You just catch it. I caught it when I was a kid, dragged to the National Gallery and then realising – good god – this was dynamite. Here were people, interiors, landscapes, historical stories, portraits – even bunches of fruit – which copied nature. In some cases, bettered it.

This was another existence, a peek into other orbits. A secular religion with its temperature controlled spaces and its dazzling overhead sky lights. Galleries were liked huge beating hearts in the world’s capitals, heaving with colour and straining to communicate. Monet’s water lilies shimmered, Caravaggio glowered in his constricting corset of a frame. And Titian threw the whole palate of colour, and skin, and sex, at us. In paint.

It takes a certain kind of skill to pull off emotion in a painting. Some painters have it. Some don’t. Vermeer embodies calm, Velasquez has a kind of upstart smugness, Rembrandt was the miller’s boy made good, and Manet drove the modern world into the lives of his viewers whether they liked it or not.

And I admire Artemisia Gentileschi too. Haven’t heard of her? Of course not, even though she was a genius of the  Baroque. Unfortunately she had also been raped by her tutor and then taken to court to prove that she had been a virgin beforehand. Her father allowed her to be tortured with thumbs screws and her response was to call across the court to her attacker: “Are these the rings you promised me?”

Artemisia had talent to rival any of her male contemporaries, but she ended up fighting for recognition and respect. In England, Charles I admired her, but she was unlucky there too, as we all know what happened to him. The ultimate tragedy of this towering genius is that when Artemisia Gentileschi died her epitaphs make no mention of her art. Instead she was regaled sexually as a nymphomaniac and adulterer.

For anyone with an imagination, art is mind opener. If you want to know what the artist was like, read their biography. But if you want to know on a gut level, look at what they paint. We know Hogarth was a biting satirist – he attacked the church and the politicians with shameless relish, but he was a drizzling sentimentalist too. Look at the painting of Trump, his pug dog, and The Stages of Cruelty. Not many people cared about cruelty to children and animals in Georgian London. But Hogarth did. He went so far as to set up the Foundling Hospital for orphans. Hogarth might have had a wicked brush, but a great heart.

And then we have Goya. Mad? No, old and wily, and clever in a way people are who have lived in difficult times. Puffed up with early success, Goya’s life became harder as he aged, and as his country underwent Civil War. He painted and engraved atrocities, cannibalism, rape, mutilation, madness. And in his engravings he left us monochrome massacres all the more terrifying for their lack of colour. We don’t need to see blood, or redness, to know a man bleeds. We don’t need colour to care. Perhaps it’s no coincidence that another war commenter, Picasso, painted Guernica in monochrome. In the end, Goya outlasted the court, the kings, Napoleon, and his own crippling deafness and illnesses. How? With stamina and talent. A Deadly Combination.

You see where I’m going with this? How could I not want to write about these people? Their times? Their wars and lives? How could I not want to make them accessible? Of course thrillers aren’t history lessons, so I write a contemporary thriller to run alongside the historical facts, but that’s what makes these books so satisfying for me. I’m letting people into my world by stealth! Sneaking them in the backdoor of the art business without them even knowing what’s happening. You don’t like art? You’re not interested in painters? Fine. But wouldn’t you like to know about the oldest virgin in Rome? Or the artist who received guests and painted them in bed? How about the famous artist charged with sodomy who fled for his life? Did you know that one of the Carracci brothers killed himself because he couldn’t get his employer to pay him? Or how the painter – who was also a monk – jumped over the monastery wall to have sex with a nearby nun?

They were people, you see. Driven by exactly the same desires as farmers, lawyers, policemen and IT consultants. In short, all of us. The only difference is their day job. Art is not elitist, it has been made that way by the art establishment. Stifled by opinions and pomposity, art that was created for the people has become off limits. In Velasquez’s day, and Michelangelo’s, their works were put up on public display for people to take a look.

In fact, Michelangelo overheard someone commenting on his Pieta, saying that they did not believe he had created it. That night, he returned to the church and carved his name in the sash across the Virgin’s breast. It is still there, look at it. That was a human response, from a human, who also happened to be a genius. Leonardo was human too. He bought birds in the market in order to set them free of their cages. Or was that the real reason? In his notebooks he writes of needing to see how a bird flies. So was it sympathy or necessity which prompted his action?

And there’s another thing about art. The language in painting. An open door of a birdcage in a room where there is a woman sitting means that she is not a virgin. A witch’s broom indicates sado masochism (look at Hogarth). Split fruit is decay and sexuality. Apes mean that the person nearby is a deceiver, and the swan is a phallic symbol. You see it’s not the item itself, but where it’s placed in a picture that gives the onlooker the real meaning…

How about a three legged stool? Or check out the eye line on Titian’s portrait of Venus Reclining. The pianist is not looking at the naked woman’s face… And then there is the famous portrait of Magdalena Ventura, by Ribera. This person is holding a baby in their arms, with one naked breast exposed. The figure also has a full beard. Magdalena Ventura was, in fact, married, but was half male, half female. What is so refreshing is that her difference was celebrated. And then there are the sumptuous portraits of the child whose face is covered in hair. There she sits, in her finery, a white ruff around her neck, smiling out of the canvas. Different, incredible, made beautiful.

Nothing that has ever been experienced, or seen, or born, or created, has escaped the artist’s brush.  Don’t say you don’t like art. Don’t dismiss it. Look at it without fear, then enter a world you will find extraordinary – and surprisingly familiar.

And that’s why I write thrillers about art.

Artemisia by Alex Connor will be released on October 29th and is available for pre-order now.