Cranthorpe Millner Publishers – a celebration of an amazing year! 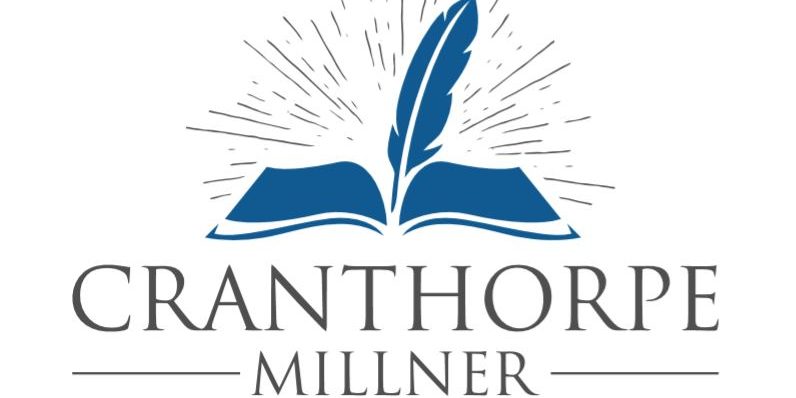 In 2019 Cranthorpe Millner accomplished great things as a small, independent publishing house. We’re proud of all our authors and their accomplishments!

Tony is a healthcare investor and board director and this is his first novel. He travels all over the world giving talks within his professional field and selling books. He attended the Singapore Writers Festival and his book has been featured by the BBC! Check out www.tonyestrella.com for more info on his appearances.

“I had not heard about Emilia Lanier before reading this, but if she’s anything like she is in the novel then she shouldn’t just be known for being attached to Shakespeare. She … paved the way for all female writers that came after her.”

Alex Schnee first published Shakespeare’s Lady at the age of 20. She has written for a number of publications such as The Huffington Post, USA Today, and many others. She is currently pursuing a master’s degree in English while working as a travel writer. You can find out more about her at www.thewayfaringvoyager.com.

Jacky Rom: The Sandra Bernstein Chronicles and The Amazing Adventures of Starr

Jacky’s exciting news is that her documentary, Method of Murder, is finally getting its UK release on Amazon Prime! Keep an eye out for it on the 21st Jan! She also recently started a podcast – The Life of a Crime Novelist, which you can find on Spotify. Check out www.jackyrom.com for more info!

Mike’s had an impressive year and his latest book has been really well received. Described as a ‘triumph’ and a ‘top read, Mr Read’ – readers and reviewers alike have been loving it. Mike has attended signings and literary festivals around the country and we’re looking forward to what 2020 may bring!

“A great new and talented author. Having been recommended Storms and Shadows by a friend I was not disappointed”

Julie doesn’t claim to be a historian but no one who reads her book can deny she has done a spectacular job of researching her story and her setting and maintaining an absorbing world and narrative throughout. We were so delighted to give this book a revamp and re-release it, and we’re excited to see what she does next!

“An unexpected story that made my heart hurt”

“Eike and Damon are so precious … but it wasn’t just about the romance, it also dealt with some intense themes such as homophobia and grief.”

“A gem of exploration into the world of love across class and barriers … the development of the main protagonist from beaten, almost broken, battered, hospitalised wreck to defined, champion of martial arts and mentally disciplined is a tour de force”

“The story soon takes on a mind of its own. It’s more than a love story. It’s a story about overcoming adversity … It was charming, emotional, well written, and I found it empowering to see the characters go through trauma and come out the other side stronger than ever. It was also wonderfully inclusive. Eike’s Korean heritage is a huge part of his life but it isn’t his defining feature, nor is his sexuality. And that is something I hope to see in many more romance novels to come.”

“The narrative explores the levels of courage that both Eike and Damon needed to discover in order to persevere in their lives and in their love. The story is filled with clearly drawn characters of several generations. It is a moving and well-written Coming of Age saga that speaks to its intended Youth Adult audience and beyond … it is an inspiring tale of courage against tough odds, with characters surviving despite being thrown into the proverbial deep end of the pool”

We were totally overwhelmed by the outstanding response everyone had to Tai Le Grice’s latest novel! Her bookstagram tour reached thousands of people and the kind words and adoration for her came soaring in from all over the world. We can’t congratulate Tai enough on this exceptional achievement and success.

“Johanna Nield’s ‘New Beginnings’ cuts to the core of the human condition as readers are embroiled in the fierce heartstring tug-of-war between a young woman and her recently-widowed boss. It’s a love she so desperately wanted but, now it has come, is starting to resist. While fiction, the novel ultimately empowers readers to put their own life choices on a pedestal, as well as consider the modern phenomenon of pouring one’s soul out online…”

Keep an eye on Johanna Nield, because this is only the first in a trilogy! Johanna’s blog tour was a huge success and we just loved reading all the glowing reviews.

Chris Tetreault-Blay: It’s a Long Way to the Moon

“what a lovely children’s book … I really hope he writes many more, an ideal bedtime story”

Chris’ first foray into writing for children has been a resounding success. He was featured in newspapers, Christmas gift guides, competitions, giveaways, and the reviews have been wonderful to read. He has all sorts of amazing events lined up for the beginning of this year as well so keep an eye out!

“The author’s reflections on the previous apartheid system and it’s unavoidable effects on the people, going forward, are astute and, as a fellow South African, resonated with me. It was a page turner for me and I devoured it in one day. The language is beautifully descriptive and took me back to areas of the country I have long missed. I could smell those old familiar country farm smells and envision the spectacular sweeping views in that part of the world. All in all, it was a positive uplifting story of the courage it takes to march to the beat of your own drum and live your best life. Definitely worth a read!”

Sheldon wrote a feature for The Big Issue after they saw this book on how South Africa is adapting to its new identity, and on his own connection to and love for the country, which reached a wide audience. Ever since, we’ve had a lot of love for this title which deals with some difficult topics in a graceful and personal way, which so many readers are responding to.

But that’s not all! We’ve signed some fabulous authors too, not to mention re-signing both Tai Le Grice and Chris Tetreault-Blay for their second books with us. Keep an eye out for –

Sandy Kendall: A Dazzle of Poplars

Parker Duncan: Winds of the Immortals

Claire Hastie: Guardians of the Athame

We can’t thank you enough for all your continued support, and we can’t wait to bring you even more success stories! 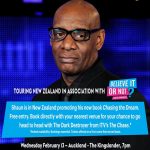 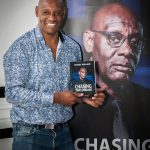 Shaun posing with his book after an interview 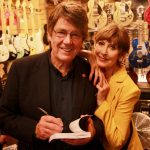 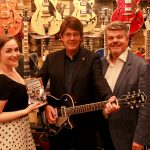 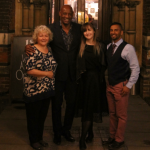 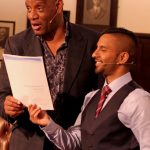 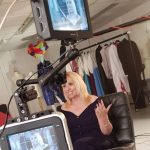 Jacky Rom is interviewed about her documentary, Method of Murder 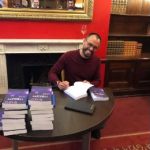 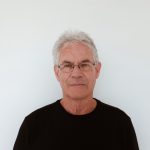 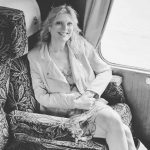 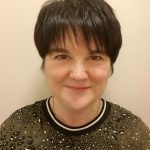 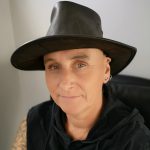 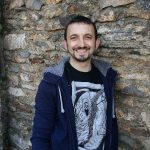