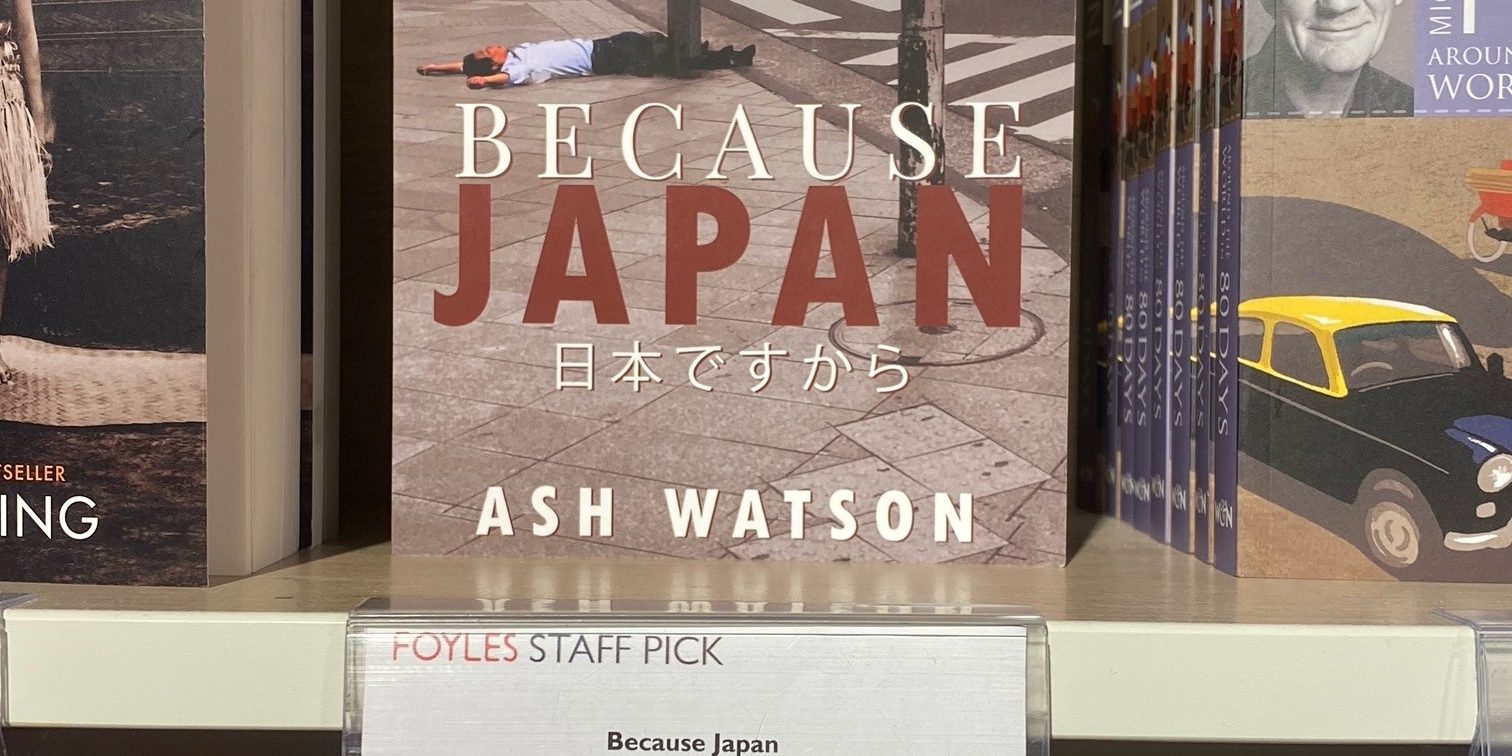 A huge congrats to Ash Watson whose breakout travel memoir, Because Japan, has been selected as one of t 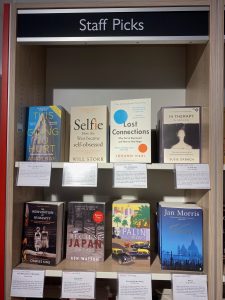 he Staff Picks and is being displayed front of house in the Foyles flagship store!

Keep an eye out for this one as it is set to also feature in their upcoming Olympics promotional display next month.

Because Japan 日本ですから, is a truly unabashed account of the less publicised side of life in Tokyo for a ‘foreigner’.

The book offers a witty, vivid and honest insight into the daily life of a British Expat over the course of two years. The author narrates stories taken from his “Journal of Firsts” which depict many new events including his first struggle, first mental challenge, and first exciting moment he faced living in this strange and fascinating new world.

Through the use of newly learned Japanese phrases whilst travelling the country, themes of soul-searching, overcoming mental health obstacles, sexual orientation, racial discrimination, and culture shock are explored with honesty and candour. With the addition of a train-based mini series of hilarious encounters, Because Japan 日本ですから offers a behind the scenes insight into the ‘real’ Japan.

“When I arrived in Japan, I didn’t think I’d leave having starred in a television commercial, being caught in a beach stampede and getting attacked on a train by a member of the Yakuza,” explains the author. “I also wasn’t prepared for the humbling and empowering personal growth side, particularly in the areas of sexual orientation, mental health and global outlook. I’m so grateful for each, and hope my experiences bring a few laughs and moments of reflection to my readers.”

Continuing, “I’d encourage anyone to pack up their life and try living abroad for a few years. The culture shock is both disturbing and amazing, and the forced departure from your comfort zone compels you to grow as a person and face your inner adversities head on. I hope you enjoy my story, because they were two years I’ll never forget!”