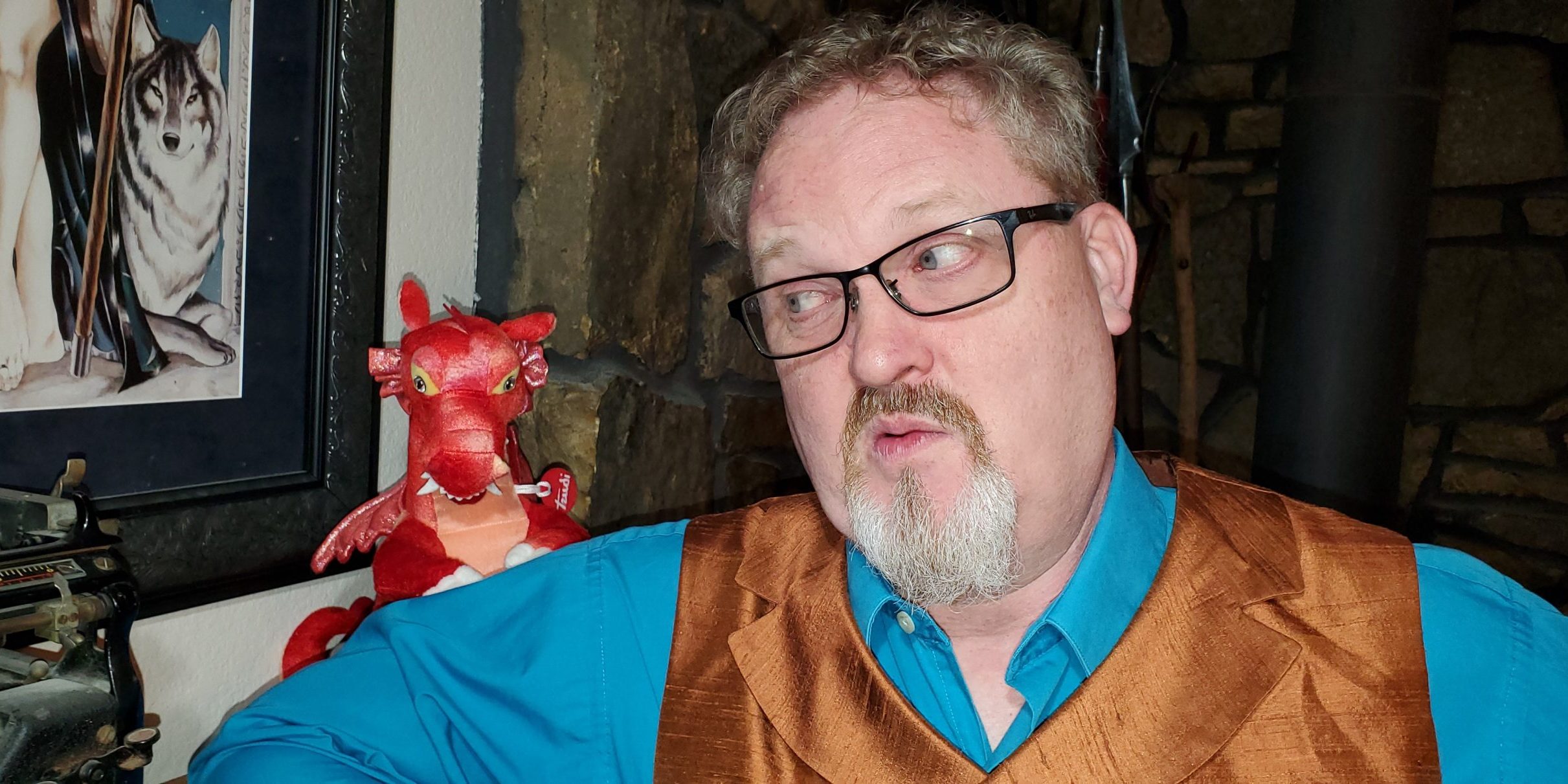 Get to know a little more about Jack Salva, author of Dybbuk’s Asylum

What information do I provide in a document whose purpose is to introduce strangers to myself, my writing, and my book? Do I trot out a bundle of facts, figures, and dates? Should I wax philosophical about creative approaches, blather on concerning inspirational muses, and pontificate about writing style? Perhaps I should include a book blurb, summary, or reviews?

I’m not all that comfortable talking about myself. Perhaps that is why I enjoy writing so much. I get to focus the attention on something else, someone else. Never mind that, in a very real sense, I expose parts of myself through my writing that I would never reveal otherwise.

I reside with my adorable wife and our multitude of pets just outside a small town in Texas and could not be happier. Animals are an important part of my life and this is reflected in my stories. My novel, Dybbuk’s Asylum, has a character with a unique pet: Josephine, a flying ferret, who is a character in her own right. My main character in another book has a pet cat. I think life without pets would be horribly dull, so you’ll see them throughout my works.

I have been creating worlds and telling stories for more years than we need to acknowledge. For me, it is the unique nature of my worlds and the characters that live there that makes my stories I don’t so much make up tales as I document the lives of the inhabitants.

Dybbuk’s Asylum is an action adventure that takes place in a unique steampunk style world. A group of ‘treasure hunters’ is hired to recover an artifact from a hidden location. Along the way they must contend with double crossing allies, duplicitous employers, and unexplainable phenomena.

Fanciful steam-powered contraptions, ingenious clockwork gadgets, and astounding mechanical devices populate a wonder filled world at once both familiar and new. It is the relatable people using their wits to solve puzzles within this fresh reality that makes the story accessible.

A similar philosophy is used for other series I have in development. There is a world where psychic powers are real and hold the key to stopping an interdimensional invasion. A fantasy world is the backdrop for a detective horror series.

Each world has its own feel, unique characteristics, and rules. For a devout homebody, I have traveled a great deal and lived in a number of diverse locations. A different subset of these experiences is infused in each world, giving it a vitality all its own.

Another thing I do to differentiate each series is employing different writing styles. I adore language and the way the correct word can evoke a specific emotion that a synonym can’t. The language used, cadence of speech, and colloquialisms peppered throughout help define that particular reality, separate from ours or other stories.

Animals are just one common factor in my work. Internal consistency is another. Nothing shatters the willing suspension of disbelief faster than when an author breaks his own rules. My steampunk world enjoys quite a few modern conveniences, albeit clothed in whimsical science. However, it does lack some things we take for granted such as telephones or radios. The lack of real-time long-distance communication is one-part opportunity to inventively work around the problem, and one-part limitation on what characters can know when. Providing too much information too soon would spoil the flavor of the story.

Realism is another common factor. I have a passion for science which I liberally mine to develop alternative technologies or futuristic devices that are just plausible enough to make you, the reader, go “that could work”. All too often people think of rules as limiting. I view them as the framework upon which I can build the improbable. Additionally, actions should have consequences. Jumping from a traveling steam locomotive better leave the character bruised.

I am a gamer. I enjoy video games, card games, tabletop miniature games, RPGs, game apps, board games, you name it. I even had my own game shop for a time. For me, a integral part of gaming is having fun. Winning is nice, but the experience is more important. This is reflected in my stories. I want to take the reader on a fun filled expedition and along the way, I guarantee you will laugh. Humor is vital to my storytelling style. Life is far too short to not laugh along the way.

Looking back at this piece, I think you now have some insight into me and my works. Hopefully, it is insight that makes you want to pick up one of my books and read it. Dybbuk’s Asylum is available now. A second novel in the series is being written. I have another completed novel that I will start on the publication path shortly. A third and fourth are vying for my time, trying to push my second steampunk novel aside so that they can emerge from my brain onto paper, and from there enter your imagination.

Dybbuk’s Asylum by Jack Salva is available from all major retailers now!

Five Minutes with Jennifer Claywood
May 25, 2021

David Lawrence-Young: an Introduction
May 17, 2021

The Banana Road by Andrea Montgomery released today!
May 4, 2021