Robert Fraser’s book launch at Bookseller Crow on the Hill! 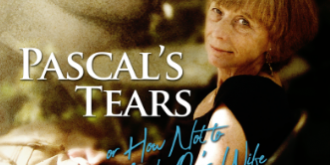 YOU ARE INVITED TO:

Robert Fraser, ‘Pascal’s Tears: or How Not to Murder One’s Wife’

In the autumn of 2013 Robert Fraser delivered a talk in the Festival Hall in London about ethical decision and choice. Three days later, he was confronted by the most intractable decision of his own life. His wife’s existence lay in the balance and it was for him, in consultation with doctors and her family, to determine what action they should take. This is the story of that process of choice and its consequences, a tale of increasing relevance to more and more people in an age of improved medical care and lengthening life expectancy. The result in his case was a hesitant wager that he compares to one taken by the French philosopher Blaise Pascal in 1652. Would the bet succeed, and what would be the medical and philosophical implications if it did, or if it did not? Phrased as an open letter to the departed, here is a book about the sort of moral dilemmas very many of us are now obliged to face.