Shaun Wallace discusses the #blacklivesmatter protests in the Daily Express 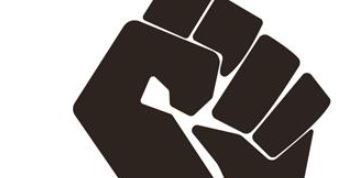 In a piece written for the Daily Express, Shaun Wallace discusses the #blacklivesmatter protests and his experiences as a barrister.

When I was 15 I had an interview with the careers teacher at my secondary school; the aim was to discuss what I wanted to do when I left. I knew what I wanted to be and I showed her a letter I had received from the Bar Council. I had written three years earlier enquiring about the qualifications that I needed in order to qualify as a barrister.

The response was uncompromising. “You, Wallace? A barrister? At best you’ll probably end up stacking shelves but I wouldn’t be surprised if you end up in prison!” I suppose she was right about her second proposition – she just forgot to add that when I do visit prisons for conference with a remanded client I can go straight home again!

Even during my career as a barrister I haven’t escaped the shadow of racial profiling. In the 1990s I was on a train at Watford Junction after a long journey from Liverpool Crown Court. Two plain-clothes officers approached, showed their warrant cards and said I “fitted the description of a person who was involved in the commission of a robbery”.

I was mystified and it was only when I showed them my wig and gown that I persuaded them I was a barrister rather than a violent criminal.

You can read the whole article here.