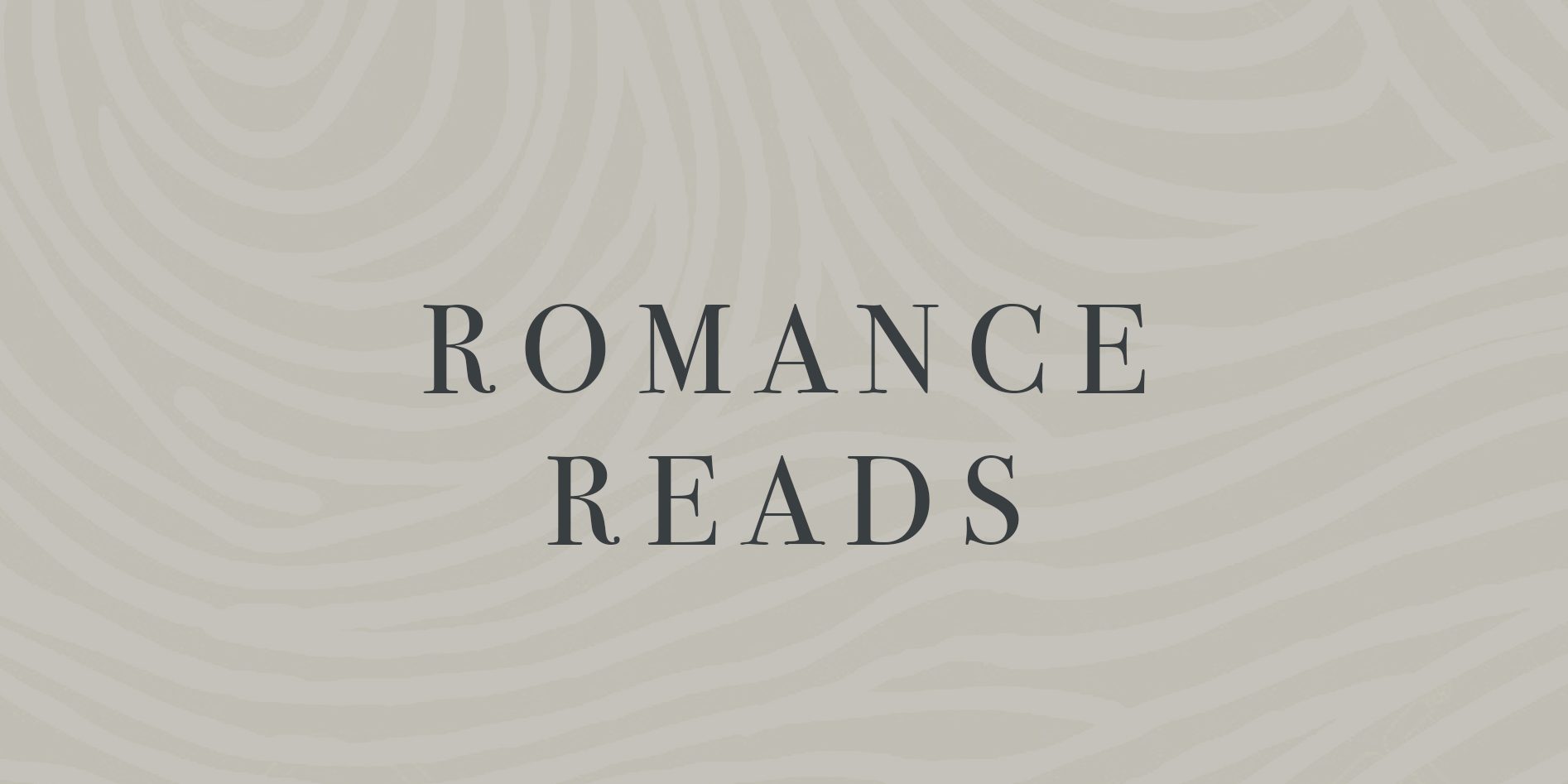 Happy Valentine’s Day! We’ve put together a list of some romantic reads you can swoon over:

For centuries, readers have debated the identity of the mysterious and seductive Dark Lady in William Shakespeare’s sonnets.

Emilia Bassano – lady-in-waiting to Queen Elizabeth, patron of the arts and the first woman to establish herself as a professional poet in England – could be the answer.

Emilia Bassano is new to Queen Elizabeth’s court and unschooled in its dangerous intrigues. She quickly catches the eye of Lord Hunsdon, the Queen’s Lord Chamberlain, and becomes his mistress. When she falls pregnant, Hunsdon arranges a hasty marriage to her brutish cousin, the court musician, Alfonso Lanyer. However, it is through her unhappy marriage to Alfonso that Emilia manages to spend more and more time with the fascinating and elusive playwright, William Shakespeare.

Time goes by and, despite all their better judgement, they fall in love. But the course of true love never did run smooth, and the Virgin Queen does not take lightly to her ladies straying. These star-crossed lovers must fight for their love — and, eventually, their lives.

Alex Schnee first published Shakespeare’s Lady at the age of 20. She has written for a number of publications such as The Huffington Post, USA Today, and many others. She is currently pursuing a master’s degree in English while working as a travel writer. You can find out more about her at www.thewayfaringvoyager.com.

A Dazzle of Poplars by Alexandra Kendall

When young artist Kate inherits a country cottage, she distances herself from her London life and her sculptor lover Jake.  Her life becomes interwoven with that of her widower neighbour Tim. This enrages Elaine, who has her sights set on Tim.  Kate befriends Annie, partner of abusive Vince, who beats her when he hears that Kate has been painting her.

Vince’s malevolence turns towards Kate, which, together with Elaine’s hostility, casts a shadow on her feelings for Tim and her delight in the cottage, surrounded by  beautiful poplar trees; a cottage which seems to hold a secret and a mysterious connection with the big house down the lane where Tim lives.

This is a story of how we all impact on the lives of those around us, even from beyond the grave.

Alexandra (Sandy) Kendall trained as a fine artist.  After leaving art school, she continued to paint and also write, though she never tried to get anything published. After her third son was born, she took up a position as head of art in a prep school where she remained for 28 years.  On her retirement, she was able to devote more time to her own art, and also to fulfil her long-term ambition to write fiction. “A Dazzle of Poplars” is her first novel.

Julia’s privileged and ordered world is turned upside down in a single day.  The start of the catastrophic turn of events begins with a seemingly simple mobile phone malfunction, culminating in the disappearance of her children and husband.

Against the backdrop of Cambridgeshire countryside and Florida’s relentless heat and countless tourists, Julia’s search begins.

Deceived is the story of one woman’s strength, ingenuity and inexorable courage to get back that which has been taken from her, by whatever means necessary.

Natasha Arden loves music, food, sex, clothes (not necessarily in that order…) and her boss. Unable to tell anyone because he’s married, she pours her heart out in the only way she knows how: a private blog. Her feelings are tested when Jamie is suddenly widowed, and their relationship flips dramatically as he starts to lean on her for support. Once foot-loose and fancy-free, Tasha is now frantically trying to navigate a minefield of moral dilemmas and social taboos. Follow her story as she endeavours to understand grief, love, loss and most importantly: her own choices.

I began writing at the age of 10, purely for my own entertainment, and only began to share my stories when I discovered online fanfic communities about twenty years ago. Feedback gave me the courage to start sharing my own creations and in 2008 I began to write ‘New Beginnings’, sharing extracts online and utilising constructive criticism from fellow authors. The completed version underwent several subsequent changes thanks to input from family, friends and anonymous reviewers, until Kirsty worked her editing magic and transformed it into the novel I always wanted it to be.

These words have followed Eike Nylund his whole life, they are the resonating reminder of an older brother lost in a tragic fire which claimed his entire family and nearly claimed him.

Once a competitive swimmer accepted into college on the sole merits of his ability, Eike has quit the pool and is struggling to begin a new life, in a new State and a new college, all while hiding a very personal secret.

Until, that is, he meets Damon King: Captain of the swim team and Eike’s link back to the water. Damon, son of a wealthy businessman, popular and spectacular, has an electrifying effect on Eike he has difficulty in hiding, and Damon appears not only to like him but to trust him as a confidante and friend.

Is it possible to wash away the scars of the past and trust in a new future? Does Damon know his secret? And if not, what happens if he finds out?

While fiction is rapidly finding its liberal spotlight, the LGBT community has few heroic, championing novels to call their own. It’s something New Zealand-based writer Tai Le Grice is answering with ‘Smoke and Water’, which isn’t so much LGBT fiction – but a reminder that everyone has the right to happiness.

Tai Le Grice was born in Belgium to Dutch parents, immigrated to New Zealand in 1973 and has lived there ever since. Married once, she has three now-adult children, numerous informally ‘adopted’ children and two grandchildren.

Tai writes her characters from experience, if not necessarily her own then from the many, many people she has encountered through the course of a complex and nomadic life. Tai moved regularly throughout her childhood and experienced the traumas of always being ‘the new kid’. She has been in a huge variety of jobs and careers since striking out on her own, from a brief incursion into the Army, through to owning and operating an equestrian centre, farm-work, tourism, security work as a Corrections Officer (in the prison service) and, finally, as a solo-parent, not only to her own children but to all their friends as well.

Today, Tai finds herself living in a small West Coast New Zealand town where she moved with the sole intent of seeing whether her life-time passion for writing could become a new career.

And then there were complications, namely: more children – and guinea-pigs!

Children and guinea-pigs? Tai is now raising her two grandchildren and a current population of around eighty guinea pigs (not to mention two dogs, six cats, two miniature ponies, and a horse!). Writing tends to have to squeeze in where it can.

In summary, life is never still, always chaotic, never dull but Tai says she wouldn’t have it any other way (even if she does sometimes wish there was a little more time for, well, writing).