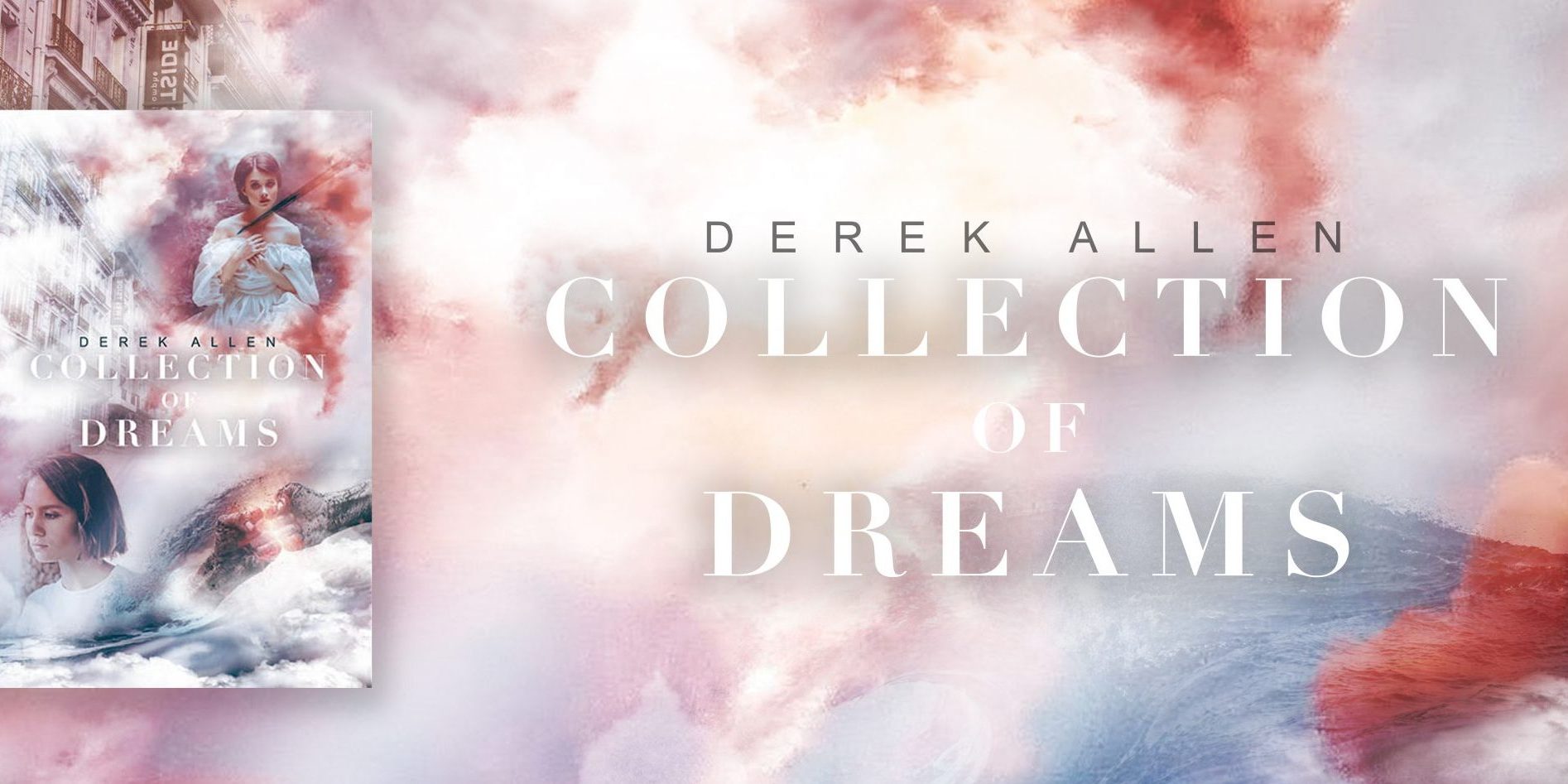 Get to know a little more about Derek Allen, author of Collection of Dreams, whose book will be released at the end of this month!

I think there is no conclusive route of coming into writing. Few actually set out on writing for a career, most drift into it. For me it came about as a result of circumstances. Finishing my doctorate based on the history of local independent radio in 2011, I intended to take my research further by looking at the local press and commercial radio during the 1960s — a subject I touched on in the PhD. But having to look after my recently widowed father (who turned 90 last year) meant I had neither the time or freedom to do the research justice.

That was when I set out on writing short stories.

I had always thought about writing, and here was my chance. After all, I had had plenty of erstwhile experience of writing. Though I soon found writing fiction was a far step from writing academically. While there was no longer the need for such necessities as bibliographies and referencing, there were new concepts such as dialogue and tenses to consider. The first story I wrote, and the first in my collection, contained no speech, which was a useful introduction to fiction writing. From there, for the next story I made sure it did contain some form of dialogue: I had to take the plunge. I was apprehensive at first, but soon found I was quite comfortable with the notion. Indeed, I learned dialogue was useful tool when telling a story. Why use hundreds of words describing a scene when a few lines of speech could do the job as equally well?

Tenses was something else new to me. As an historian it is imperative to write in the past tense, and writing in the present tense (also occasionally in the first person) took some getting used to. It was a matter of trial and error. While some stories worked well in past tense, others did not and it took a number of rewrites to get the right tempo. Sometimes a mixture of the two helped, which was even more alien to me.

Obviously, I am no stranger to research and research is as equally important to the fiction writer as it is to the academic. Perhaps not as intricate, but it still needs to be done. My first story was based around the London Underground, and as it involved time-travel I had to research the Underground not just as it existed today, but in the early Twentieth Century, even when it was established in the Nineteenth Century. I did not go over the top in detail but I still had to give the story some form of authenticity. This was perhaps where my experience as an academic came in: line after line of facts and data only has the negative effect. Take my first attempted chapter to my thesis. After reading through forty thousand words of waffle, ‘Ach, you canna see the wood for trees,’ sighed my then supervisor in his uncompromising Glaswegian accent, and that has stuck with me ever since. But back to the stories, and I set a couple of stories in around the Bloomsbury/Fitzrovia area of London, where I spent a fair amount of time during my doctorial research. Using locations and institutions you are already familiar with is a great help, and again it provides authenticity.

I did undertake some research into the concept of dreams and I can tell you that with a minefield of theory and debate it is not an easy subject to follow. So, with these being short stories I had to adopt the strictly generalised view towards dreams. The one central theme I did take on board, however, was the surrealism of dreams. As we all dream, I feel sure almost everyone will agree with their surrealism. Though here lay another problem. It is easy to write a totally surrealist story, but you have to remember the reader you want to carry with you. They may become lost or confused, and if confused too much they will most likely throw the book down and give it up as a bad job. Hence the reason why I tried to build a story around each dream, provide some form of context and background. And in this respect, while dreams are the main stars of the show, of importance are the supporting cast, the protagonists in each story.

Much has been written about the nuts and bolts of fiction writing, some of it I read when I started out, so I will not dwell on repeating what is already readily available elsewhere. Though as a writer, academic and fictional, there are a couple of points which I cannot over emphasise. First, keep saving your work. There is nothing worse than losing much laboured over work when your computer goes down. Myself, I use a USB stick which is the modern version of the floppy disk (I am showing my age now). I know there are facilities such as the Cloud available, but call me old fashioned, I much prefer something tangible on which to save documents. I save everything, including superfluous pieces of writing. Again, something I learned long ago, keeping paragraphs and drafts which may prove useful later — a couple of stories actually used sections of previously rejected efforts.

Do not be afraid to experiment. Different tenses, first or second person, long or short sentences, for me it was all part of the learning process. The secret is to find what works best, and what works for you. Be your own critic. If it’s comfortable for you, it will be comfortable for the reader. If in doubt on how to tackle a particular scene or idea, see how other authors have tackled the problem. In no way would I suggest plagiarism, perish the thought, but it might provide an answer, and hopefully set you on the right path.

One thing I did use more than anything else was my imagination. When writing a scene, either with or without dialogue, I pictured it my mind. Played it out like a scene in a film, TV show, even a radio play. Indeed, radio was a great help. On radio there are no visuals, so more often than not, other than the occasional sound effect, the writer/producer has to rely on dialogue to tell the story.

It all helped, as did a small amount of planning. Here there are no hard and fast rules. Indeed, with several of my stories I already had an idea of their direction before I started writing, and sometimes once I had started writing they found their own direction. But for anything longer I will need to plan more. My next project is a novel based on one the stories. I already a notion regarding a story arc. Nothing complicated, just a few jottings — in fact my doctoral thesis started out as a few key words written on the back of an A4 envelope.

I think I will stop there. I can talk for ever about the trials and tribulations, or the agony and ecstasy, of writing short stories. As I said, it’s a learning process and you are your own best teacher. So write, write, write, and take your time. And above all else, have fun!